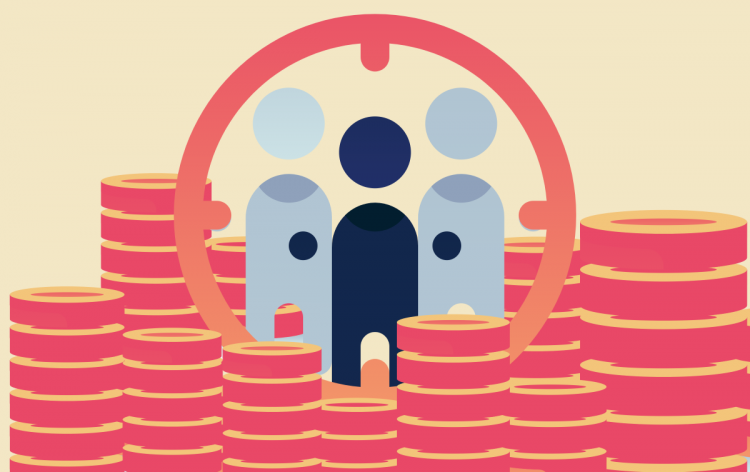 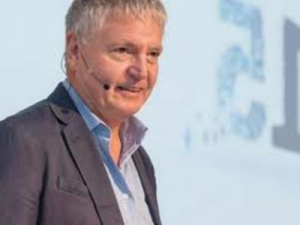 Michiel Le Roux was born in Stellenbosch, South Africa, in 1950. His career started in the banking sector where he was taking leading positions in different banks. Before he established his own bank he ran a small regional bank in Cape Town’s hinterland – Boland Bank. In 2001 Le Roux established Capitec Bank. The bank has significantly grown, now it has over 800 branches and 13,000 employees. The bank targets an emerging middle class of South Africa. Micheil Le Roux owns an 11 percent stake in Capitec Bank and serves as a board member of it now. His net worth is $1.1 billion and he opens the list of the wealthiest South African people. 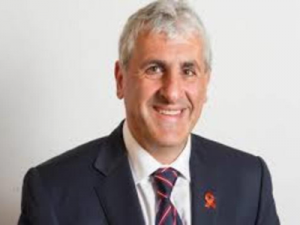 Stephan Saad was born in Durban, South Africa in 1964.  He has graduated from the University of KwaZulu-Natala with a bachelor’s degree in Arts and Sciences. Saad became a millionaire when he was 29 as he sold his shares for $3 million in the drug business Covan Zurich. After 1997 he established a pharmaceuticals maker Aspen Pharmacare which became the largest one in South Africa. Till today Stephan Saad is the chief executive and head of the Aspen Pharmacare’s board. He was named as the Entrepreneur of the year in the All Africa Business Leaders Awards gala in 2016. His current net worth is $1.2 Billion and it makes him one of the richest South African men. 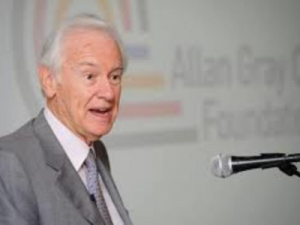 Allan Gray was born in East London, South Africa in 1938. He was studying at Rhodes University and after that graduated from Harward Business School. After graduation, he was working for asset management – Fidelity management and research in Boston. After eight years of work he came back to Cape Town and started his own management company that became Allan Gray Investment Management over time. The company was focused on investment counseling from the beginning but soon grew up and started providing services to institutional clients. Gray has also established the Orbis Investment Management Limited to invest in the international markets. Allan Gray is not only known as one of the Richest men in South Africa but as one of the biggest philanthropists as well. Allan Gray’s net worth is $ 1.7 Billion. 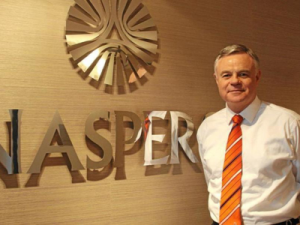 Koos Bekker was born in Potchefstroom, South Africa in 1952. He graduated from the University of Witwatersrand and earned his master’s degree in Business Administration, Columbia Business School. He is on the eighth place in the List of South African billionaires. Bekker started his journey of getting wealthy in 1997 when he was appointed as a CEO of South African newspaper publisher Naspers. He completely transformed the way Naspers worked at that time. In the times when Bekker was the CEO, he turned Naspers into an e-commerce investor and cable TV powerhouse. He has led the company to invest in Tencent which is a Chinese Internet and media company. Since 1997 up to 2014 the company grew from $600 million to $45billion. During this time Bekker did not get any salary, bonus or any other benefits from the company but was compensated via stock option grants that grew daily. Now Koos Bekker is the chairman of Naspers and has a net worth of $2.3 billion. 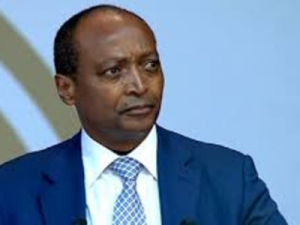 The list of richest South Africans by net worth continues with Patrice Motsepe who is taking seventh place. He was born n Pretoria, South Africa in 1962. He graduated from the University of Swaziland with an Arts degree and later got a law degree from the University of the Witwatersrand.  There he specialized in business law and mining and connected his career to it.  His career started in 1994 when he bought gold mine shafts that were producing a very low quantity of gold but later Patrice turned them profitable. Motsepe founded African Rainbow Minerals, with its earning he became the first ever black African who made it to the list of the Forbes billionaires in 2008. He also launched a new private equity firm in 2016 – African Rainbow Capital that is focused on investing in Africa. Currently, Patrice Motsepe’s net worth is $2.4 billion, which makes him the richest black man in South Africa. 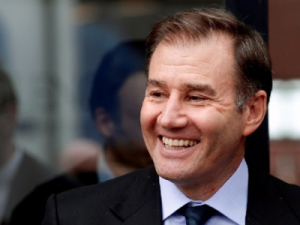 Ivan Glasenberg was born in Johannesburg, South Africa in 1957. He graduated from the University of Witwatersrand with a bachelor degree in Arts and Science and later got a masters degree in Business at Marshall School of Business. Like other businessmen, we have mentioned in the list of South African billionaires, Glasenber is a self-made billionaire as well. After graduation, he started working as a marketer in the Marc Rich & Co in the Coal Department. In 1991 he became the head of the department and in 2002 was named as CEO of the company.  In 1994 the company turned into Glencore and went public in 2011, as reported he personally earned a lot of profits from it. He has a net worth of $5.4 billion and is currently living in Switzerland. 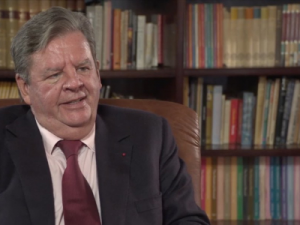 Johann Rupert is on the fourth place in the list of the wealthiest men in South Africa.  Rupert was born in Stellenbosch in 1950. He was attending the gymnasium in his hometown and later studied economics and company law at the University of Stellenbosch. However, he dropped out of university. Later the university awarded him an honorary doctorate in economics.
After Rupert dropped out of University he went to New York City where he served his business apprenticeship. He returned to South Africa several years later and founded his own company Rand Merchant Bank where he served as a CEO. Rupert is a chairman of Swiss Luxury goods firm – Compagnie Financiere Richemont, that owns brands like Cartier and Montblanc. During his life, he has accumulated $6 billion. 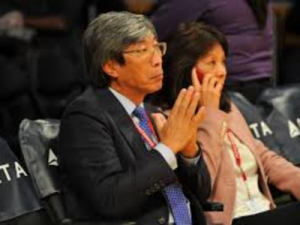 Patrick Soon Shiong is indeed a very interesting figure. He was born in 1952 in Port Elizabeth, South Africa, where his Chinese parents immigrated during the Japanese occupation. He has earned a bachelor degree of arts and science at the Unversity of Witwatersrand and later become a medical doctor as he earned a masters degree at the same university and later attended the Unversity of British Columbia. The third richest South African man earned his fortune in pharmaceuticals. He invented a cancer drug, Abraxane which become very effective against pancreatic cancer. Later he sold it to drug companies Abraxis and American Pharmaceutical Partners, both of them for $9.1 billion. Soon-Shiong is very interested in medical startups and owns NantHealth and NantWorks- a network of health startups.  In 2018 he bought the Los Angeles Times, as well as San Diego Tribune for $500 million. Patrick Soon-Shiong has a net worth of $7 billion. 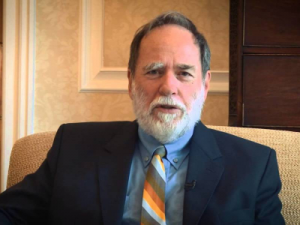 Nicky Oppenheimer is the second in the list of the richest South African billionaires and the third richest billionaire in the whole of Africa. Oppenheimer was born in 1945 in South Africa. He has earned his bachelors degree in arts and science at Oxford U Christ Church and got the masters degree of Arts at the same place. Oppenheimer is not a self-made billionaire as he inherited his family fortune and sold a 40 percent stake in diamond firm De-Beers to the mining group Anglo American for $5.1 billion. His family owned DeBeers and Nicky Oppenheimer was the third generation of this business. For over 85 years till 2012, his family controlled a spot in the world’s diamond trade. Now Nicky Oppenheimer owns a 1 percent stake in Anglo Amerca, the company founded by his grandfather, and has a net worth of $7.3 billion. 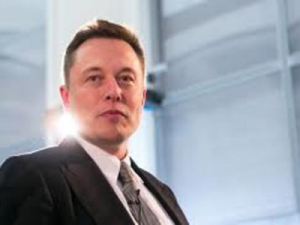 Today Elon Musk is one of the most influential billionaires in the world and the richest South African man. He was born in Pretoria, South Africa in 1971. He grew up in SA but immigrated to Canada when he was 17 years old. Musk then moved to the United States as a transfer student at the University of Pennsylvania. Musk then started working on the online payment system and was a co-founder of PayPal. He is a founder, CEO and lead designer of SpaceX, co-founder of Tesla inc, co-founder and CEO of Neuralink and the founder of The Boring Company.  Elon Musk is working to revolutionize transportation not only on Earth but in space as well. He is most known with his ideas of a settlement on Mars. Elon Musk is named as one of the most influential, most powerful and a game changer by Forbes. Elon Musk has a net worth of $21.6 billion and is the youngest billionaire in the list of top 10 richest people in South Africa 2019.