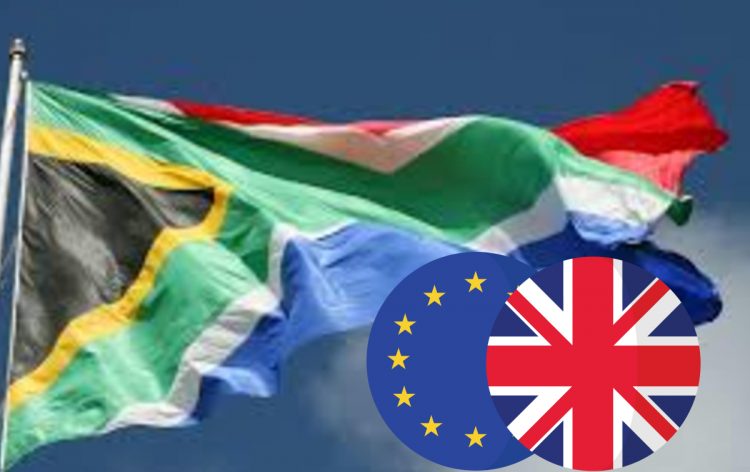 Brexit has been postponed once again as the EU prolonged the deadline for the UK to leave the union until the end of October. Hence the discussions about Brexit and its effects on the UK and global economics and politics continue. Since the very first referendum, Brexit became a hot topic and the headlines about it had taken the media with a storm. Till today it is still unclear what kind of deal will the UK agree on with the EU but according to how the process goes there is a big chance that there will be a no-deal Brexit. While there is no clarity about the consequences of Brexit very few people predict any positive outcome for the United Kingdom itself and the countries that will be affected by the UK leaving the European Union. However, there are discussions about how Brexit can benefit countries with smaller economies, for example, South Africa. But can SA really benefit from Brexit and especially from a no-deal?  The answer is yes, there is a high probability that Brexit might affect South Africa in a good way mainly due to two reasons, by companies moving to SA and the trading agreement.

When it was first announced that the UK might leave the EU without any deal the international companies situated in the UK started to prepare for it. Companies such as Goldman Sachs, JP Morgan or other big financial firms have started searching for a post-Brexit location. Many of them have chosen France, Ireland or Netherlands to establish their headquarters and have already transferred a huge portion of their workforce from London. It was followed by financial firms withdrawing a high amount of funds from the capital of the UK. But where is South Africa in this scenario? Alongside with big companies, Forex brokers started to think of expanding their customer base outside of the UK as well as the whole of EU. Due to the uncertainty in Europe as well as the regulations in the Forex industry brokerages are searching for a new destination and South Africa is a perfect match for them. The county has a big population, the majority of them speak English and the time zone of SA is not very different from the EU. If you are interested in Forex you might have noticed that the number of Forex brokerages in South Africa is increasing and the list is full of international brokers.

Exporting goods to the UK

Exporting goods to the United Kingdom might put some countries into trouble, but not South Africa. Brexit is not just about the UK, it is a regional event that will have its effect on the EU and countries exporting goods in the member countries of the union. Recently conducted research from the UN Conference on Trade and Development (UNTAD) shows that countries willing to be a trading partner with the UK after Brexit will need to expedite bilateral deals to avoid costs of no-deal Brexit.  The costs are not low, as the research states the EU will lose out on $34.5 billion in exports to the UK.

Some outside countries will see losses as well, for example, Turkey will have to take approximately $2.4 billion hit in export. Turkey will be followed by the Republic of Korea and Pakistan. Meanwhile, China can benefit from it, gaining an additional $10.2 billion in exports. Other countries in the top 5 countries that can benefit from exporting goods in the UK are the United States, Japan, Thailand and South Africa that can gain an additional $3 billion.

That’s not it, the chances are that South Africa will manage to get lower tariffs or reach the agreement for eliminating tariffs for exporting citrus to the UK. As the United Kingdom does not have a domestic citrus industry it highly depends on imports from other countries.  Approximately half of the citrus produced in SA is absorbed by the UK. Citrus exported from SA is approximately 16% of the total imported citrus in the UK. However, the tariffs must be discussed first and while in theory it looks good the reality is yet to be decided.